Flaunt your Chest not Boobs 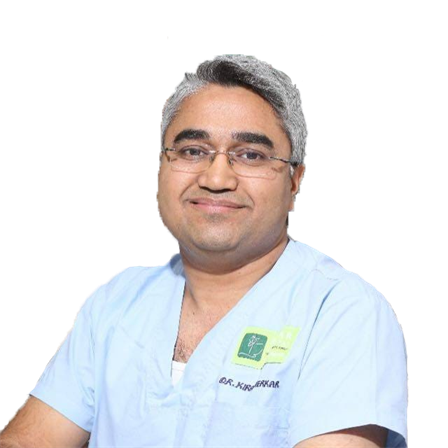 Dr. Kiran Nerkar, a National Board Certified Plastic & Reconstructive Surgeon, graduated from a reputed institute B. J. Medical College & Govt Hospital, Pune. Dr. Nerkar was selected for his Superspeciality training in Plastic & Reconstructive Surgery in a National Board Certified Training Institute MTH, Cochin, Kerala. He underwent aggressive training over five years in managing a variety of aesthetic problems as well as solving reconstructive challenges under eminent faculties of national repute.

Gynecomastia Before & After Photos

Doctor performed a great surgery, plus all the nurses and staff were very kind, patient and understanding. They made my experience very comfortable and I will definitely be coming back to them in the future. No pain, nor discomfort whatsoever.

I was highly satisfied with the service I received, Doctor was very attentive and made me feel comfortable with the procedure. Every time we called with questions, they made sure I had everything I needed. It has definitely made me more confident. Before the surgery, I was hesitant to wear certain shirts or go shirtless in front of people. Now I am so much more comfortable in my own skin and I am more confident in how I look and feel.

The results are amazing!! I feel like a new person being able to live freely not feeling self conscious in everything I wear. I feel like it's given me so much more confidence. Doctor and all his staff were beyond friendly, helpful and supportive the entire journey.

Everyone at Doctors office was amazing! I never felt uncomfortable & they were all very helpful. I am so thankful for the whole team helping me with getting my procedure done & look forward to the next few I have planned. I felt great during the whole process. I never had one second of pain during or after the surgery. I never hurt. The team at Plastic Surgery Center is top notch, in my opinion!

I was completely satisfied from first visit through surgery. The staff patiently answered all my questions (and there were many). Doctor himself called me the night before surgery to go over everything with me and to make sure I didn't have any other questions... I was more than satisfied with the results of the surgery and already planning on my next.

Please fill the form for exact costing of Surgery in your condition.

Do you have any Question?

Ask Gynecomastia Surgeons & Get all your Questions Answered

Find detailed information about Gynecomastia Causes, Symtoms, Diagnosis, Gynecomastia Grades, Candidates, Myths, Facts, Faq’s & Male Chest Reduction & Reshaping surgery in Ahmednagar. If you are a Doctor from Ahmednagar, You can request your profile on our website & If you are Gynecomastia patient you can find doctors, Ask your doubts about Male breast reduction or read the blogs. We have tried to list best Clinics, doctors & surgeons in & near Ahmednagar. You can fill the form & submit your contact details to fix your free consultation with one of our affiliate doctors in Ahmednagar. To know the approximate cost of Gynecomastia Treatment, click on - http://www.gynecomastiasurgery.co.in/gynecomastia-surgery-cost-financing/.

Ahmednagar is a city in Ahmednagar district in the state of Maharashtra, India about 120 km northeast of Pune and 114 km from Aurangabad. Ahmednagar district consists of fourteen talukas. These talukas are Akole, Jamkhed, Karjat, Kopargaon, Nagar, Nevasa, Parner, Pathardi, Rahata, Rahuri, Sangamner, Shevgaon, Shrigonda, Shrirampur. The Ahmednagar district is under proposal to be divided and a separate Sangamner District or Shrirampur District be carved out of existing Ahmednagar district with the inclusion of the northern parts of Ahmednagar district which include Rahata, Rahuri, Shrirampur, Sangamner, Akole, Kopargaon, and Nevasa talukas in the proposed Sangamner or Shrirampur district. Sangamner is much developed city than Shrirampur. Ahmednagar railway station (station code:ANG) station which belongs to Solapur Division of Central Railway zone of the Indian Railways. Ahmednagar has rail connectivity with Pune, Manmad, Kopargaon, Shirdi, Daund, Goa, Nasik.and metros New Delhi, Mumbai, Chennai, Kolkata, Bangalore, Ahmedabad There is still a demand for direct rail connectivity to other major cities of India. Total 41 Express Trains Stops at this Station. Ahmednagar is well connected by roads with various major cities of Maharashtra and other states. National Highway 222 from Kalyan to Nirmal near Adilabad in Telangana passes through the city. Ahmednagar has 4 lane road connectivity to Aurangabad, Parbhani , Pune, Nashik, Beed, Solapur, Osmanabad. The Maharashtra State Road Transport Corporation (MSRTC) and different private transport operators provides bus service connecting the city to all parts of the state.

The information on this site is intended for general purposes only and is not intended to nor implied to be a substitute for professional medical advice relative to specific medical conditions or questions. The information on this website is not a guide to treatment, and it should not replace seeking medical advice from your physician. We do not warrant the accuracy, completeness, correctness, timeliness or usefulness of any information contained herein. In no event Domain.com be liable to anyone for any decision made or action taken in reliance upon the information provided through this website. The photos on this website are of models & are not intended to represent the results that every patient can expect. Surgical results vary greatly from patient to patient and are not guaranteed.

Upon completing this booking, you will receive a booking confirmation!

Your information was successfully submitted.